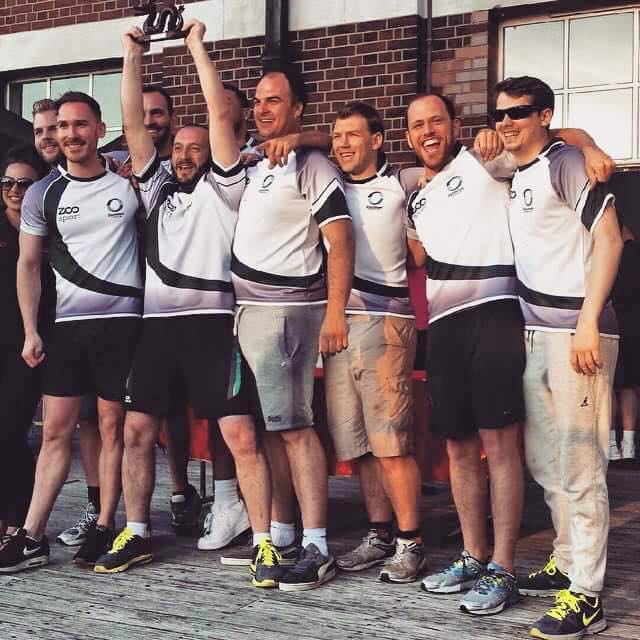 There were three qualifying heats to deal with first, Stanmore were pipped at the post in the first by Brenbar ‘Buccaneers’, an electrical contractor, but went on to win the other 2 with times consistently under 37 seconds – leaving us as fastest qualifier and into the semi-finals.

A very close semi-final race finished with Ryan Rowers celebrating a presumed victory until the times were announced and Stanmore had in fact beaten them by half a second! Their time made them fastest loser so they also advanced to the final along with Brenbar ‘Buccaneers’ and ‘Pier Pressure’ (the Berkeley director’s boat!).

The final was again very close with all 4 boats split by about half a second! When the teams got to dry land nobody was sure who had won. It came down to the announcer to break the news. 4th place were Ryan Rowers, 3rd were Pier Pressure, 2nd place were Brenbar Buccaneers and Team Stanmore were champions for a third time by 0.2 seconds!

An excellent result at the end of a brilliant day that had raised in excess of£100,000 for the Berkeley Foundation. We look forward to next year to defending our title yet again!