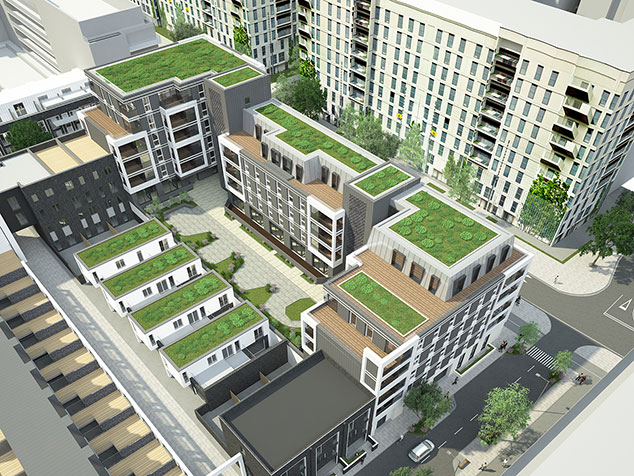 Waterfront will be a riverside destination offering a relaxing and luxurious lifestyle with convenience and choice of London living.

With the imminent arrival of the Crossrail station on-site Royal Arsenal Riverside, Waterfront is set to become one of the best connected developments in London. Crossrail enhances the already existing convenient travel links such as the on-site Thames Clipper Pier allowing residents to travel to Canary Wharf in roughly 20 mins, and with the DLR and National Rail being 300m away from the development it offers regular services to Bank and London Bridge.

Once complete, the development will be home to 937 one, two and three-bedroom apartments and three and four-bedroom houses, all with their own outdoor space in the form of balconies, terraces or gardens.

Residents will also benefit from the very best sporting and cultural amenities that Queen Elizabeth Olympic Park has to offer, with its world-class venues and parks.