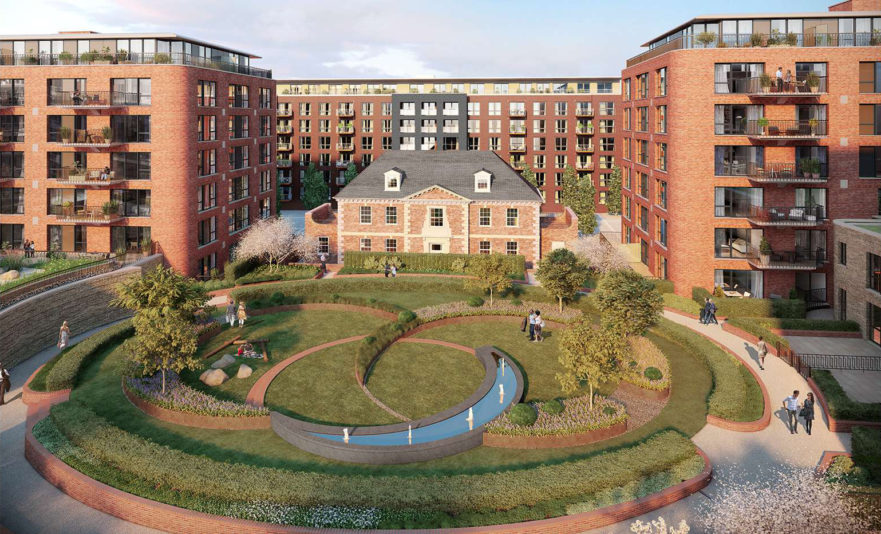 Working with Berkeley Homes Western, Stanmore have recently secured the Internal Dry Lining package for the extra care units at Green Park, Reading. This continues our relationship on this phase after securing the lightweight steel frame package last year.

Green Park Village provides a collection of superbly appointed homes designed by inspiration taken from the stunning architecture and coastal charm of the stylish seaside communities of Cape Cod and the Hamptons on the east coast of America.

Working with Barratt London, Stanmore have recently secured the glazing package on the first block of the redevelopment of Upton Park in Newham.

Located in a thriving area of the Borough of Newham, Upton Gardens will consist of 842 new properties, one, two, three and four-bedroom homes.

Newham was among one of the Boroughs which played host to the London 2012 Olympics, and as a result is currently benefitting from significant urban regeneration and infrastructure investment.

With West Ham United F.C now settled in their new home at Queen Elizabeth Olympic Park, Barratt London want to ensure the historic roots of Upton Park’s Boleyn Ground are not only retained, but also help to create a better place to live for existing and new residents.

The site was originally named after a house that stood next to the ground called Boleyn Castle – home to Anne Boleyn, and with reference to the legacy of West Ham United F.C. public art will be commissioned along the new Legacy Route.

Lyon Square provides residents with a tranquil haven in the centre of one of London’s most vibrant and character-filled areas. These luxury apartments for sale in Harrow offer unprecedented access to the most important districts of London, from museums and galleries to outstanding shopping streets, thanks to unbeatable transport links.