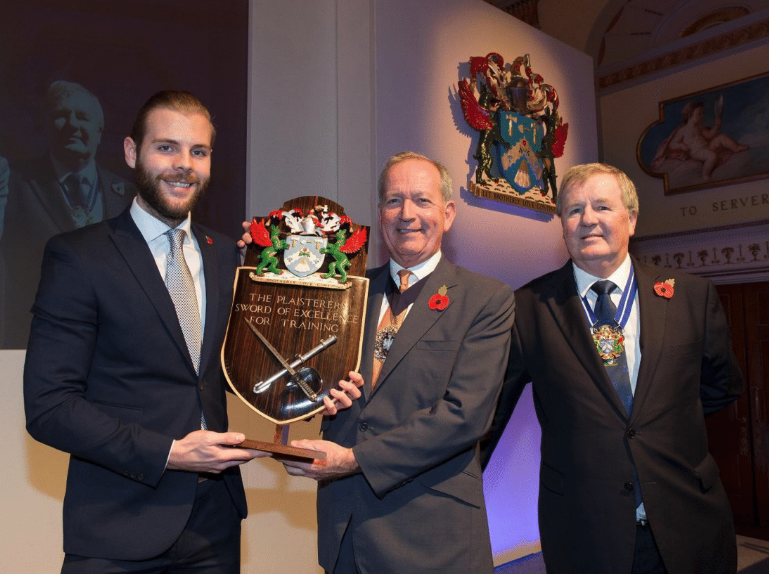 At a prestigious ceremony on 9th November 2015, Ben Fitzsimons represented Stanmore receiving the ‘Sword of Excellence’ at the Plaisterers’ Training Awards.

Presented by the Rt. Hon. the Lord Mayor of the City of London, Alderman Alan Yarrow – this trophy is awarded to the Plastering or Drywall Company who, in the opinion of the judges, has shown the greatest commitment to training and in particular, in-house training. It acknowledges that the training an organisation is delivering is worthwhile, and in turn improving its business performance. The judges said “The training plans that this year’s winners have implemented have had a very positive effect in developing many individuals in the business at various levels and the judges found some of these success stories to be inspiring. They had no doubt about the Company’s genuine training ethos.”

This is a real feather in the cap for Stanmore and we are incredibly proud of all involved.